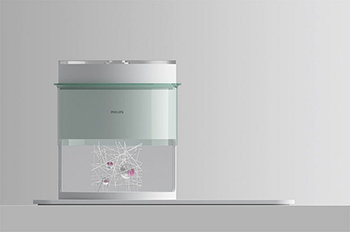 Speed remains a hurdle in 3D printing. Producing a small object can require hours of waiting, a process that tests the patience of any user. While inroads are being made, speed remains the key inconvenience for 3DP.

The federal government wants to change that.

The US Department of Energy announced that it will invest in research-and-development to improve both the speed and scale of additive manufacturing. Asst. Secy. David Danielson made the announcement at the department’s Manufacturing Demonstration Facility in Oak Ridge, Tenn., a move that signifies the Obama White House’s continued interest in 3DP as the key avenue for US industry.

“Developing innovative manufacturing technologies in America will help ensure that the manufacturing jobs of tomorrow are created here in the United States, putting people to work and building a clean energy economy.”

As part of that development, the US Energy Department has forged a partnership with Cincinnati, Inc., a longtime manufacturer of machines and tools. Among its current list of products, Cincinnati produces advanced laser-cutting hardware and metal fabrication. Such expertise factored into the government’s decision to partner with the company.

That expertise will be needed as the US Energy Department has set an ambitious goal for the partnership to achieve. The department wants to see the maximum size of printed objects increase tenfold—no small task.

Even more challenging is the department’s goal for speed: The partnership is intended to improve 3DP speeds by two hundred times–minimum.

And it’s not like 3D printers don’t need the boost: A typical, name-brand example prints at a rate of a tenth of a cubic inch per minute. Using that basis, an object that’s roughly 6 in.3 in size requires an hour of printing.

What does this all mean for consumers? It means the world’s largest financier – the US government – will be pouring in a fortune to accelerate the capabilities of 3D printers. That increases the likelihood of a technological break, one that manufacturers of home 3D printers will use to advance their own products.