The possibilities of 3D printing appear endless.  A new breakthrough seems to be announced each week, usually about a printer’s ability to duplicate a vital object (a human limb, for instance) that wields tremendous benefit for society.  Here are five “game-changers” that 3D printers are starting to duplicate, with explanations as to why they are game-changers–good and bad. 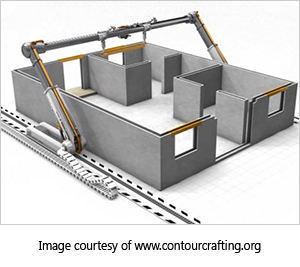 Behrokh Khoshnevis generated buzz during this year’s Consumer Electronics Show when his firm, Contour Crafting, showcased a conceptual technique for building an entire home in the space of a single day. Khoshnevis’s presentation is not new (it debuted last year), but it sparked inquiries from important folks in business, humanitarian care, and government.

The high-speed and low-cost can allow homes to be more attainable to consumers; conversely, however, that speed and cost may come at the expense of human labor.  It’s too soon to determine whether Khoshnevis’s vision will bear out, but the concept of the 3D-printed dwellings has all the ingredients of being a force of social and economic change. 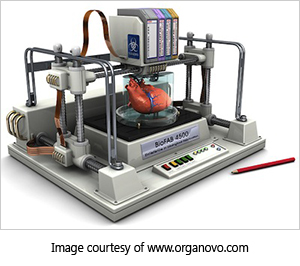 One ongoing 3DP development that’s likely to garner a lot of support is in the development of prosthetics.  Millions of people (and animals, too) suffer deformities due to birth defects or injury; medical institutes have invested in 3D-printed cartilage and limbs to help replace these missing parts.

Humanitarian aid groups and international agencies are likely to enlist these institutes, and their 3DP expertise, in order to help wounded refugees and wildlife at reduced expense compared to current methods, such as hand-made prosthetics, that cost tens to hundreds of thousands of dollars.  Researchers are currently testing 3DP duplication of skin, blood vessels, and even organs. 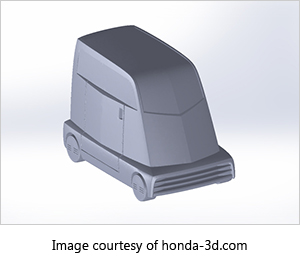 The 3DP process is making its fastest inroads in the production of automotive and aeronautical parts.  Here the industrial application has richest potential by slashing the amount of resources that goes into production.  3DP is an additive process whereby a product is constricted from the ground up, layer by layer; current industrial production is subtractive, milling down a larger chunk of material in order to create a smaller product, thereby leaving behind lots of waste.  The use of fewer resources can therefore cut a manufacturer’s material cost as well as preserve more of Earth’s mineral resources.

Wheels, engine blocks, and plane wings are already being manufactured.  Some car companies, such as Porsche and Honda, have freely distributed CAD models of their vehicles for 3D printing.

What does all this mean for the consumer?  As as there’s a CAD model, a consumer can produce any part for his vehicle, no matter how obscure, for little cost.  Lancia owners rejoice. 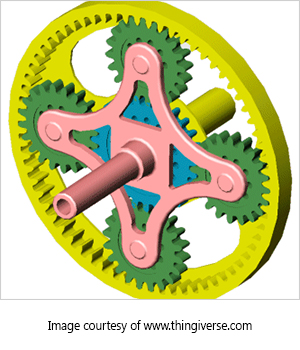 It can be a pain having to search for some obscure, replacement part of a broken appliance or furniture—either because it’s hard to find or it’s absurdly expensive.  Whether a Lego piece or a lamp switch, 3DP’s most useful role for the consumer will be to create small parts.  After all: How many of us remember losing an action figure’s weapons?  Critics chide this factor as being little more than a novelty, but the ability to duplicate such things as outlet covers, pencil holders, kitchenware, and utensils is hard to overlook.  MakerBot’s Thingiverse is the Web’s top source for finding user-generated and free-to-use CAD models, with thousands of entries being added monthly.  The possibilities seem endless. 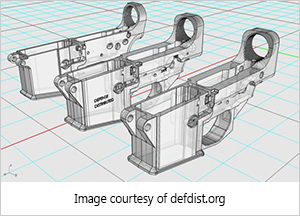 Easily the most controversial item, the 3D printing of firearms is having the biggest impact on government policy.   News sources from BBC World News to Wired Magazine have reported on the fledgling industry spearheaded by “crypto-anarchist” Cody Wilson, who has produced and distributed untraceable, open-source firearm designs via the Web.  Vice chronicled Wilson as he tested 3DP copies of assault rifles.  As 3DP becomes commonplace, the challenge for policy-makers will be how to prevent the production and distribution of such dangerous tools.

There you have it–five game-changers in 3D-printing. The full dynamics of those changes have yet to materialize, but breakthroughs are hitting the newswire all the time. Consumer-grade, name-brand 3D printers can now be had for as little as $400. It’s only a matter of time before the 3DP catches on like the VCR, MP3 player, and pet rock…okay, maybe not the last one.